Don Browning - Don was born and raised in Atlanta, Georgia and graduated from Georgia State University. His job with the railroad was relocated from Atlanta to Roanoke in 1987. He and his wife Deborah have attended Grace Church since that time. They have four grown children and recently celebrated forty-five years of marriage. Although Don had attended church his whole life he didn't trust Christ as savior until he was nineteen years old. At that time, God made him a new creature in Christ and his journey in grace began--a journey that amazes and humbles him with every new day. Don has served as an Elder for more than fifteen years and previously served several terms as a Deacon. He retired from Norfolk Southern in 2011. 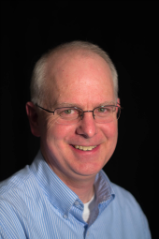 George Studtmann - George is from Mt. Prospect, IL, a suburb of Chicago and grew up in a very loving family. He has two brothers and one sister. After High School, he attended Purdue University in West Lafayette, IN where he studied electrical engineering.

Although he grew up in a church and always believed in God as creator, he never struggled with his own sin and a need for a savior until he went to college. Through relationships with several dear Christian families and godly men at the school, the Lord led George to faith in Jesus Christ. His experience with these saints at Purdue often reminds him that the Lord most often uses friendship and acts of kindness to “bring the good news “ of Jesus to the lost.

In the Fall of 1988, George moved to Roanoke, VA to work for the integrated circuits division of ITT. He enjoyed a wonderful career with this company until it’s closure in the summer of 2014. He now teaches engineering at Virginia Western Community College in Roanoke, VA.

The Lord brought George to Grace Church in late 1989 where he has been a member since the early 1990s. George met and married his soul mate Debbie Holley at Grace in 1992 and they have 3 children Kyle, Carleigh, and Emma. In addition to his service as an elder, George enjoys sports and model railroad trains.

One of George’s favorite verses recommended to him by a former Pastor is 1 Timothy 6:6 “Now there is great gain in godliness with contentment for we brought nothing into the world, and we cannot take anything out of the world.” It has helped to keep him grounded. 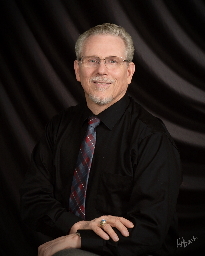 Russell (R.B.) Knouff, Jr. — Russell and Betty were married at Grace Church in 1981 and are the parents of adult children Abbey, Ben and Philip (daughter-in-law Rachel) and currently have 3 grandchildren. Russell was introduced to the gospel through the Christian school he was attending and was graciously saved by Christ as a young boy. He was Co-Director of Teens for Christ, a Roanoke valley-wide youth ministry. He has been attending Grace Church since 1968 and has been involved in youth, teaching, preaching, men’s and small group ministries. He has served as a deacon, Trustee and has been serving as an elder since 1981. He was involved in Grace Church’s joint effort with Trinity Church in planting Covenant Fellowship in Moneta, Virginia. He was attracted to Grace Church by its expository preaching, Reformed faith, life-on- life emphasis and its Christ-centered approach to ministry. Russell retired from a local furniture manufacturing firm after 47 years of service in December of 2018. He also enjoys reading, sports, story-telling and spending time with his family. 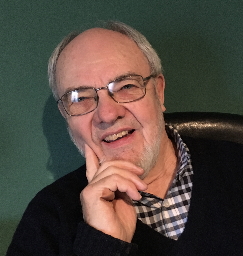 John Gordon Burch — Gordon and Carolyn were married in Buffalo, New York in 1965 and are the parents of four adult children, Wendy, Debbie, John and Karen. They have fourteen grandchildren.

Gordon was introduced to the Gospel through the ministry of an industrial evangelist from the UK ministering in Edmonton, Canada where he grew up. He received Christ as personal Lord and Savior early in his college years. Gordon has been attending Grace Church since 1979, and served as an elder in the 80’s. He has been involved in teaching and small group ministries. Gordon was attracted to Grace Church by the excellence  of teaching and preaching, faithfulness to the Scriptures, and the warmth of fellowship.

Gordon retired from forty five years in medical practice as a neurologist in March of 2018. He enjoys reading, travel, ballroom dancing, and time with Carolyn and the family. In the past he enjoyed horseback riding. 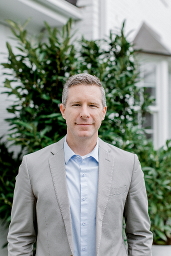 Aaron Griffin — Aaron is from Johnson City, TN and a graduate of East Tennessee State University. Aaron, along with his wife Kristin, and their first daughter Jozlyn, moved to Roanoke in 2012. Their family has since grown with the addition of their son Boaz and youngest daughter Geneva, who was born in 2018. Originally, their time in Roanoke was to be temporary but they quickly feel in love with the area and settled in, believing they have found a wonderful place to live and raise their family. Aaron and his family came to Grace Church through their merger with All Nations Church in October of 2017.

Growing up, Aaron attended church with his grandmother until around age 12 and then stopped attending church completely. Never truly knowing Christ or hearing the Gospel, it would be more than 20 years before he would return. Aaron was finally led to Christ through the rich mercy God began to display in 2011 when their first child, daughter Jozlyn, was born premature weighing only 2lbs 2oz. Not only did God save Jozlyn’s life, he would eventually save both her parents souls as he used this experience as a means of grace in their lives. From the moment Aaron first saw Jozlyn in the hospital, he began to deal with an overwhelming belief that God was punishing him for his life of sin. This is where his search to truly know God began, and in 2013 Aaron stumbled upon a YouTube video by the evangelist Ray Comfort and was finally introduced to the Gospel of Jesus Christ. This is when he realized that Christ had already been punished, willingly, not only for his sins but the sins of all who would believe in Christ.

Aaron will receive a Diploma in Theology and Pastoral Studies from London Reformed Baptist Seminary in June of 2020.